It was not that long ago that we had our Annual JCCF Gala. One of our fun community events for the gym. Waleed and Buffy Atout had been members for a few months and I had continued to admire there determimation as they showed up each evening, working hard, and always sharing a high five and support to others.

That evening he came and shared some of his story with me and it brought tears to my eyes. There is so much truth to people showing up from all walks of life, having his or her own battles.

Introducing 29 y/young Waleed Atout. University of Missouri Auditor by day. JCCF MVP by night! We are thankful to have your family as part of our community. 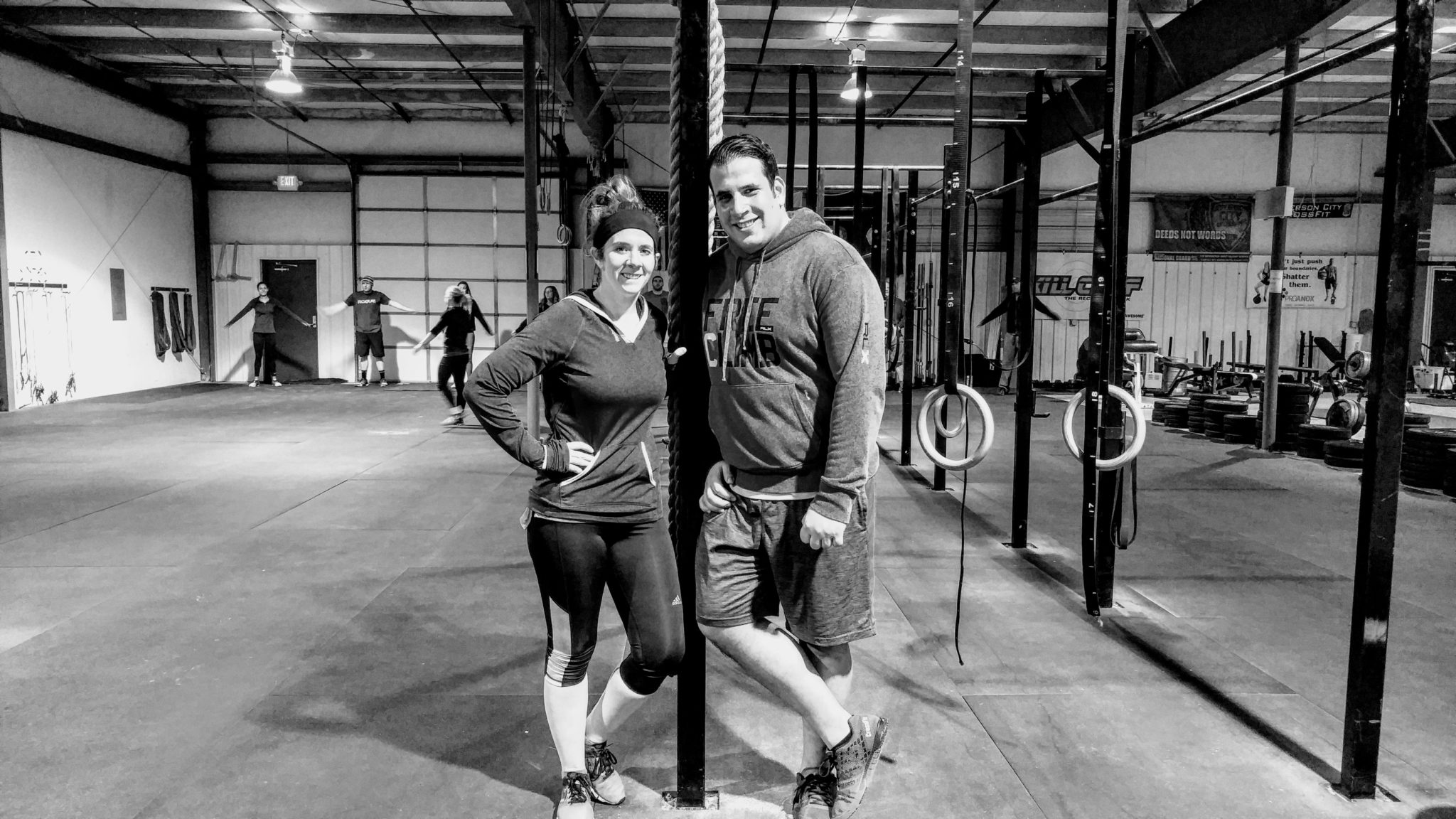 Sweating out the Sadness

Most people join Crossfit as a way to achieve one common goal, to become fit, strong, and live a healthy lifestyle. My story behind joining Jefferson City Crossfit is a little different. On March 15, 2016, as I got out of my last meeting for the day, I checked my phone as I was turning off my work laptop. I had a total of 27 missed calls and several text messages all received within one hour. I had missed calls from my father, sister, wife, and cousins who don’t even live in the United States. I knew something was wrong as I decided to call my sister back. She was crying as she was telling me “there has been an accident, and you need to book the first ticket and go to Jordan.” She then proceeded to tell me that my best friend, and the closest person to me “my mother,” has died in a car accident.
Buffy (my wife) and I somehow managed to make it to Jordan by the next day and returned to the States three weeks later after making sure that my pregnant sister who was in the car at the time of the accident was getting better. I really did not realize what actually happened until I returned to Jefferson City, and it was like I was having a nightmare this whole time; however, that was the moment I realized that I have lost my mother. Life got ugly, and I did not enjoy the little things that I used to enjoy. Buffy kept encouraging me to go to the gym and do some cardio at the minimum. I tried that and hated it, although we were members of that gym for years, and we used to go every day. I felt lost and heartbroken that I did not even get a chance to say goodbye. In June, I heard about a place called Jefferson City Crossfit.I checked their Facebook page and noticed that this is a place that is strong about supporting each other and decided to drop in and try a free class. Although I failed to even do two jump ropes in a row, it was that day when I realized that Jefferson City Crossfit is the place for me that would help sweat out the sadness inside of me.
What helped me go through the breakup at that time the most wasn’t ice cream or vodka. It was Jefferson City Crossfit. When I left work every day during those first raw months with an overwhelming ache in my gut, I somehow managed to drag myself and my misery to the 5:30 p.m. class, and by 6:30 p.m., I felt confident I could get through the rest of the day. There was something transformative about all those burpees, squats, and cleans. Sweating — at least as far as I could tell — was healing my broken heart. The more times I have gone to class, I realized it was not only about sweating. It was the trainers who challenged me on a daily basis and the new family that I was introduced to. During one of the WODs, it involved running and lunging, the two things that I hate the most after burpees. I was last to finish the WOD, and as I was getting ready to go on my last run, I noticed three quarters of the class running after me, yelling at me, and telling me that I could do it. That’s the exact reason that showed me it was not only the sweat that helped me cope, it was the family that I was introduced to. For that, I thank you all for your help in my grieving process. I still have a long way to go, but now I hope for the future!