The best part about being the first year open at JCCF is number one the members. But next best is there are a lot of firsts. And so we “GET TO” do the first MEMORIAL DAY “MURPH” WOD on Monday, May 27, 2013 at 9 a.m.  CrossFit Boxes accross the world will be doing this HERO WOD in honor of fallen U.S. Navy SEAL Lt. Michael Murphy, a young serviceman who gave his life to save his brothers in combat during a 2005 operation in Afghanistan.

Fondly referred to by his peers and loved ones as “Murph,” the New York-raised, Penn State graduate declined law school offers to instead serve his country. In 2005, Lt. Murphy was put in-charge of a four-man SEAL element in support of Operation Red Wing, tasked with finding important anti-coalition militia commander. While in the objective area, the SEALs were detected by goat herders and an intense gun battle was soon ignited with a much larger enemy force. Realizing that it was impossible to make contact with headquarters while firing back from the protection of mountain terrain, Murphy unhesitatingly moved out into prime target view so he could use his satellite device and call in help for his team.

While continuing to be fired upon, as detailed in “MURPH: The Protector,” Murphy made contact with the SOF Quick Reaction Force and provided his unit’s location. A shot in the back caused him to fall and drop the transmitter, and yet he picked it back up and calmly completed the call as the enemy — and its weaponry — closed in. –FoxNews.com

See you Monday, May 27, 2013 at 9a.m. Feel free to BRING A FRIEND to help support and honor this fallen soldier and family with millions of others CrossFitters accross the world. BETTER THAN YESTERDAY! 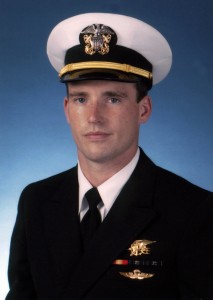